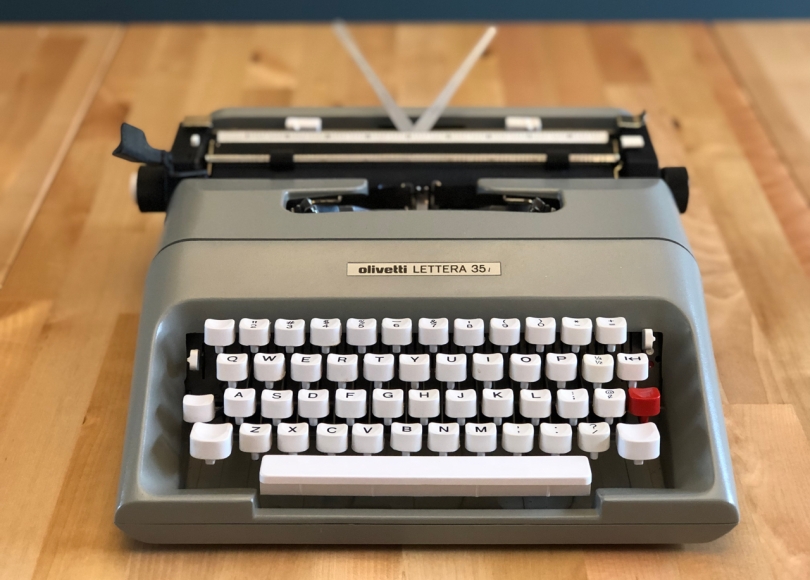 I’ve often considered the 1960s the pinnacle of manual typewriter technology. While some of the top American brands suffered declines in usability, Olympia and Olivetti continued to produce top-flight machines into the early 1970s. Olympia is the gold standard with their SM9. It remains plentiful and you can often find one in great condition. For this reason I consider it the number one portable, despite its plain looks and steely feel. It’s efficient, for sure, but if you’re after something warmer and more personal, I recommend the Olivetti Lettera 32 or Studio 44. Both in the Top 10.

But I shouldn’t have stopped there.

Olivetti revamped the Lettera 32 with a new design, while keeping its solid mechanicals, and called it the 35L. I’ve often passed these by, thinking they were an inferior machine. In my biased view the market for manual typewriters was shrinking, therefore, manufacturers were devoting less resources for their production. For some this was the case, but not for Olivetti. The Lettera 35L certainly has its share of cost savings with plastic components (carriage return lever, margin tabs), but the mechanicals and metal body make it feel like a more solid version of the 32. Moreover, the 35 has larger key tops than the 32, giving you a bit more confidence on the keyboard. 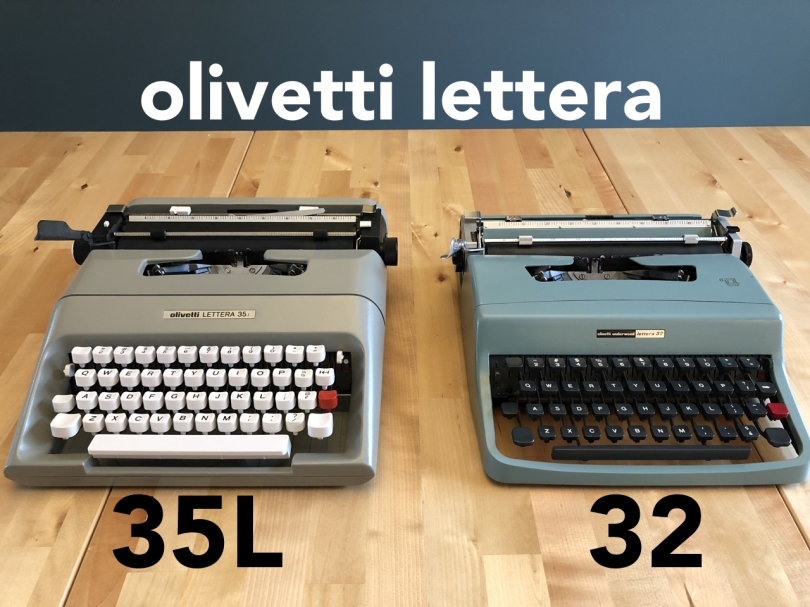 The body is slightly larger than the 32, but maintains a similar low-profile design that is sleek and nimble. There is nothing flimsy about it. With a quiet thunk-thunk-thunk of the keys, it’s perfect for the writer who likes to go about their work without waking the house. Its unobtrusive size allows it to be stashed away easily when the desk needs clearing. The carrying bag is nothing special, but way better than the 32’s zippered version, which due to age and use is often in tatters. If you’re the type of writer who likes to cause a stir at the coffee house, tote the 35 in and start a Type-In! Even if calling attention to yourself is not your thing, don’t ignore the call of the 35.

Visit my Etsy store for some sweet deals! They’re all writer tested and approved!

For more typewriter shops, check out the Typewriter Marketplace!